Its been almost 4 months since I bought this item on Chinavasion. The total price of it is around $126.

After a couple of weeks, I had received the item and started using it. 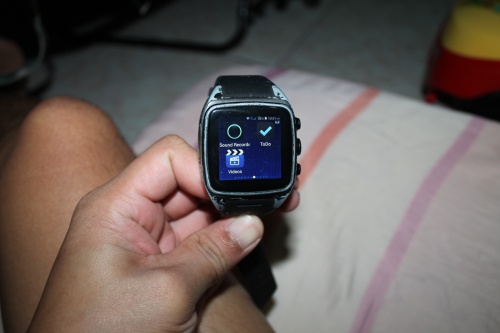 The feel of the material is also solid metal, it is not like some cheap plastic that is very light. It feels very rigid even the straps. The rubber material is very strong and cannot be easily worn out.

The sound it is making when playing Youtube videos is unbelievable, many of my friends can't believe it is capable of producing that kind of volume despite its small size.

The common issue with the device of course is, typing. Not only the keyboard is really really hard to get used to, but the problem is, when the keyboard starts to appear, it is occupying the entire screen, making it hard to see the letters you are typing.

The fact that you have to open the back metal plate just to insert/remove memory card is a big inconvinience. 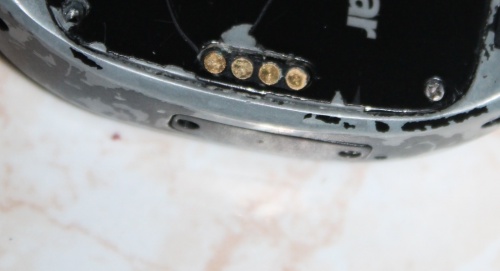 One of the annoying things about it is, the small screws can easily get loose-thread making it hard to actually remove the metal cover. So once you had inserted your SIM card/memory card inside, be sure that you don't plan to remove it very soon, since it is very very hard to remove again. In my case, the metal cover suffered several dents just because I had accidentally scratched it with the screw driver. 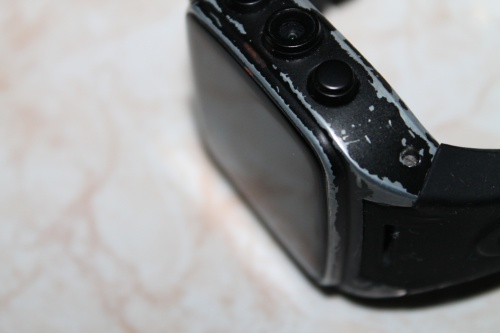 One of the problems with the device is, the "thin and crispy" paint coating it have. It can be easily scratched when you are moving your arm through items inside your bag. This resulted into the above appearance on which all the coating on the edges was all scratched off. 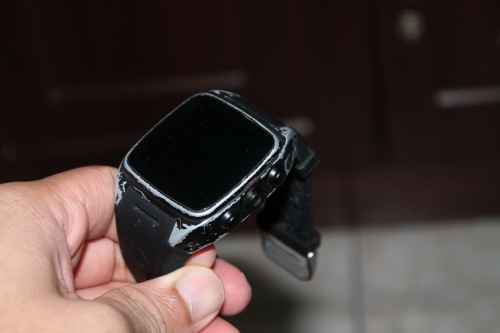 The same is true for the top, the small edges along the touch screen is easily scrathed producing that look. Here is the back of the metal plate cover, all the small screws is all gone, only one is actually left, but as you can see, it doesn't fall off still since even w/o the screws on it, it is very hard to open. 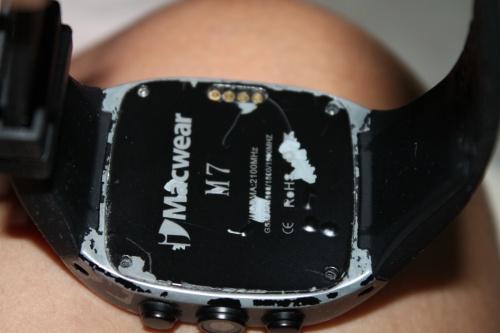 The most annoying thing about it, is the charger. It is not ordinary charger since its like a clamp on which you have to put the watch inside it and seal it on to make contact with the bottom of the watch. 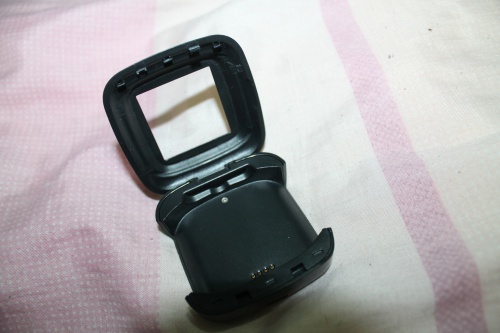 The problem is the mechanism on how the watch actually locks in the watch on the cap. There is two small notches that slides in to the main body of the charger, the problem is if one of those two is damaged, the charger cannot press the watch inside anymore. You have to somewhat use some rubber band or something to make a better grip to the charger.

You cannot usually see if the watch is charging specially when it got battery drained (no physical LED power indicator on both watch and charger), so with loose charger contact and battery drained watch, you cannot charge it for example while inside a car, it has to be still since it can't tolerate too much movement.

M7 Sparta is worth the price, but probably the size itself makes it really hard to have some serious use-case. I can say though that it is really more usefull compared to Samsung Gear or Apple Watch, since it can host its own SIM and thus can faciliate communication even if you don't have a phone. Overall, it is still good to have for emergencies and driving, but will not be a complete replacement for your smartphone.

Did you find this useful?

I'm always happy to help! You can show your support and appreciation by Buying me a coffee (I love coffee!).